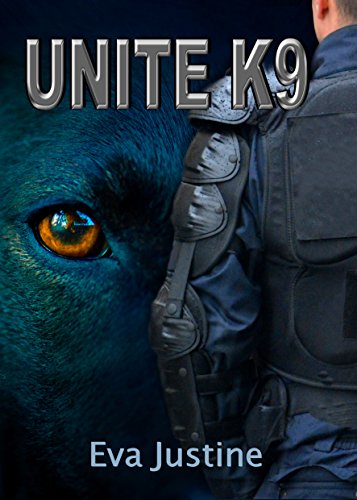 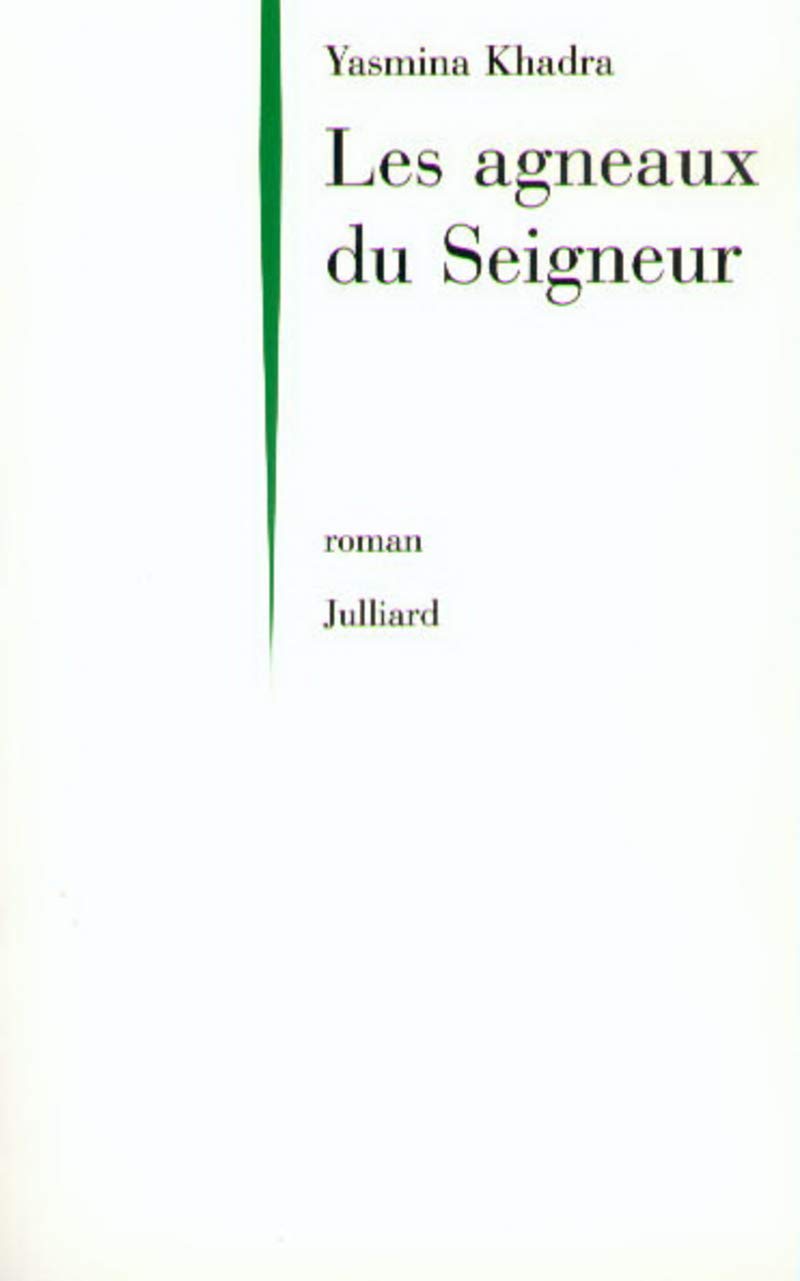 First retrospective monograph overviewing the Danish video artist's body of works for over a decade. Brittany Nelson Out of the Everywhere. Monograph dedicated to artist Brittany Nelson, who appropriates techniques from 19th century photography to create works of feminist science fiction and queer abstraction. Georgia Gardner Gray. First monograph dedicated to the young American painter, whose expressive and colorful universe draws on the everyday life in the margins, from bohemians to non-conformists.

The publication also presents the Gray's theatrical works and associates the artist's two practices. Musa paradisiaca Views on Misunderstanding. This richly illustrated publication documents the variety of their works— sculpture, paintings, texts, and sounds—and includes new commissioned essays. Anna M. Szaflarski Very Normal People. In this collection of stories and illustrations, Szaflarski examines the subject of violence, in particular as it is experienced through the female body.

Beginning with an autobiographical experience, the story triggers a dissociative state that plunges the book in and out of imaginary worlds and associative narrative threads. Christoforos Savva Untimely, Again. Monographic catalogue dedicated to the life and practice of Christoforos Savva, whose oeuvre was unparalleled in the incipient Cypriot art scene of the s catalogue of the exhibition at the Cyprus Pavilion at the 58th Venice Biennale, honoring the 50th anniversary of the artist's death.

A compilation of press archives related to Cypriot artist Christoforos Savva, selected in the Cypriot press and literary periodicals between and Stemming from the Barthean spirit of the opening show of Brazilian gallery Mendes Wood DM's new space in Brussels, this catalogue gathers new works by a selection of artists who participated in the inaugural exhibition. It also features a fictional history of the gallery by Oliver Basciano, associated with photographs by Mauro Restiffe. A collection of essays and portraits on one of the most influential art critic and curator of today.

Our Happy Life investigates the architectural implications of the new happiness emotional paradigm by dissecting and questioning the political, economic, and emotional conditions that generate space today.

Jill Johnston The Disintegration of a Critic. A face to face between the great works of Gustave Courbet and new paintings by contemporary artist Yan Pei-Ming, specially created for the bicentenary of the birth of Courbet. Espace art actuel — Transparency.

The development of the ideology of transparency within aesthetic modernity and the importance of being able to circumvent it. Active Art. The first part of a larger novel in several episodes: a text about the perception of time and how some places mark people's minds. Rio, Tokyo, Paris: Oscar Oiwa, Brazilian artist of Japanese origin, draws from these three Olympic cities to which he is personally bound, a matter to question the world of today, inviting us to dive into his half-realistic mid-fantasy universe, where sometimes point humor and nostalgia.

Zineb Sedira A Brief Moment. Susan Cianciolo I Love You. Moondog 50 Couplets. This catalogue offers diverse representations of everyday life in Algeria and its diaspora through film, paintings, photography and sculpture by twenty-five contemporary artists. It includes the first English translations of key theoretical texts on Algerian contemporary art. This collective study examines the influence of Joseph Beuys's concept of social sculpture in the evolution of artistic practices from the s to the present day.

This theoretical essay advocates for the overcoming of the dominant notion of the contemporary as the point of departure for the development of art- historical imagination. The publication presents a collective project lead by artist and researcher Verina Gfader. What about Activism? This reader gathers more than twenty leading curators and thinkers who present powerful case studies, historical analyses, and theoretical perspectives that address the dynamics of activism, protest, and advocacy in curatorial practice.

Nina Canell Reflexologies. Cable cuts, energetics, and gunk: moving back and forth between a group of core subjects, Reflexologies converts the past five years of Nina Canell's sculptural work into a page book. Mischa Kuball Res. The catalogue comprises contributions by a prestigious ensemble of international thinkers, artists, and writers. Stephen Sutcliffe At Fifty. First monograph dedicated to British filmmaker and video artist Stephen Sutcliffe. Including commissioned essays and an interview with the artist, At Fifty examines over twenty years of film collages practice, delving into Sutcliffe's extensive use of television archives and critical reflection on British cultural identity.

This publication presents the results of a research project which explored the transformation of informal structures within the road transport corridors connecting Eastern and Western Europe following the fall of the Iron Curtain. Homecomings — 1, 2, 3, etc. What can it mean to return home? Raumlabor Cantiere Barca. Publication documenting a series of workshops involving Raumlabor, a Berlin-based group architects, and the youths of Barca, a neighbourhood in outskirts of Turin.

The project, which advocates for the re-appropriation of the public space, saw the development of a series of inhabitable environmental installations. The project encompasses five narrative-driven films, alongside other artworks. Each film has its own urgency, approach, and point of departure. The films naturally vary in their subjects, they touch upon stories of migration, uprising, transformation, revolution, renewal, collapse, defeat, depression, and desire that connect the life of the artist with those around him.

The research materials that have come up over the course of this project consist, on the one hand, of concrete historical events and, on the other hand, all the innumerable, fragmented personal memories spread between pats, presents, and futures that narrate every-changing stories of how things were, are, and may be. How to translate the principles of such layered project into a publication?

How to imagine through the films? What stories could be further told? What happens after leaving the cinema? Where does cinema begin and where does it end?

After cinema collects narratives, each contributor to the publication was asked to watch one of the five films in A Collective Memory and to write a fiction in response. Or rather, a continuation of the story, a personal variation, a translation in the literal sense: a carrying over of the film into one's own language. In many ways, the artist wanted to let go of his films and see them anew through the eyes of others. Indeed, to whom belongs a film—to its author, its director, its cast and crew, its audiences, its critics? The films are showed in the book as images that flicker across the screen or the page, exploring how the stories of others intersect with them, together forming unexpected conversations.

Amongst the authors, both Rasha Salti and Shahab Fotouhi have composed screenplays in response, a decision that engages with the formal backbone of film itself. Jan Verwoert and Ashkan Sepahvand have both written short stories that subtly entangle their respective biographies with that of their fictional narrators.

Having grown up in the Ruhr Valley where Cryptomnesia takes place, Verwoert's story takes the small-town, post-War humdrum that characterizes the area's cities to present us with an uncanny place, possibly in the after math of a disaster, where not much at all takes place beyond everyday routine—that is, until something does. For Sarah Rifky, the dreamlike structure of The Conference of the Birds inspires her to suggest altogether different dates and settings within which words generate poetic images. Running throughout the book, a text by Nanna Heidenreich poses questions and reflections on the role of media, memory, migration, belonging, and authorship, a conversational form that simultaneously expresses her critical perspective as an engaged viewer of film and her long-term familiarity with A Collective Memory.

Vangjush Vellahu Fragments I — Where stories cut across the land. This artist's book derives from a series of videos documenting the present situation of six unrecognized Republics on the border of Eastern Europe and Western Asia. Vellahu collects the collective memories of people and lands which have been affected by years of war and by the politics of borders. A historical reflection on agricultural, archival, health, and migratory issues through a decolonial perspective.

This monographs presents a decade of Wudtke's artistic work on gentrification in the city of Berlin. The fourth in the series of publications "Notes on Archives" dedicated to archival practices, Dear Jadwa draws on a photographic archive from the Wadi Ara Valley in Israel to reflect on how visual archives can shed light on forgotten stories. Being Together Precedes Being. A textbook for the project "The Kids Want Communism,"—a clandestine and public series of events marking the century of the Bolshevik Revolution.

Contributions discuss the legacies and meaning of communism today. Assaf Gruber The Storyseller. Monograph dedicated to the films of the Israeli artist Assaf Gruber.