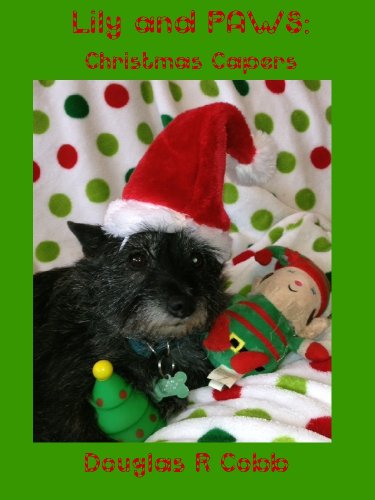 He was setting up a holding company and needed a corporate officer to sign the papers. A president. The company was being formed as we spoke. I swiveled my chair toward the window. It was spring, pollen season in Dallas. The glass was hazed the faint yellow of diluted pee. The accountants are telling me I need a holding company.

And I need to move fast on this. Like, today. Come over, have a look at the papers, get comfortable with everything. I laughed.


That laugh was me imagining doing it, and how much damage a hundred thousand dollars might repair. Then he doubled the offer, and I began to think I could actually do this. I need to move on this. I need someone I can count on. I sort of went out of my head just then, floating free for a couple of seconds, silent and free as a jellyfish drifting in the sea.

I understood the nature of the bargain being offered, and even the best-lived life is bound to include some larceny. Who was I to think I was different? Or maybe just: scared. The economy crashed and the grand larcenists got richer than ever while the chumps were left to pick through the wreckage. As if larcenist or chump were your only choices, and count yourself lucky to have the choice. I saw him a few years later.

I was squeezing through the crowd at the bar for drinks when someone shouted my name. I turned, and there was Tommy standing a few feet away, at the center of a scrum of happy, noisy drunks. Later I would realize he was busting to tell me. He laughed like it was the jolliest thing ever. Just move away slow. If I start, I have to finish. If you let me in, I might never leave.

If I wake you up, you may never sleep again. The big Texas sky was pale blue, cloudless. The summer sun relentless, beating down on a huge magnolia tree that looked as if each shiny leaf had been polished by hand. She repeated each sentence in Spanish, Japanese, German, and Esperanto. A tiny pink bicycle was parked on the gravel drive of the sand-colored house, landscaped with a perfect carpet of emerald green grass. Justine stood at the front door of the three-story postcolonial in Highland Park.

Waiting for the blue door to open, she was startled by a loud hum like the sound of a million bees behind her. When she looked over her left shoulder, she almost dropped the small cardboard box of ashes under her arm. She was eye to eye with a flying drone. When the door opened, she smiled. He looked like a reasonable man.

She seemed to be reciting a poem or instructions or both. He suddenly worried she would give him a Bible and ask him to pray with her. Before he could come up with an excuse, she asked for a glass of water. Then he remembered the For Rent sign. She stood taking in the huge, double-sided aquarium, the cool blue pool, and the bocce court. Upstairs, Anja pulled her hair into a ponytail, then applied a deep red matte to her full pink lips.

She almost tripped down the stairs when she saw the woman drinking from a vintage gold-rimmed crystal goblet. The woman said something about reparations, then walked up the staircase past her. Charles and Anja followed their uninvited guest through the house as if pulled by an invisible rope.

When they reached the master bedroom, Justine ran her palm over the white Egyptian cotton bedspread as if it were a pool of water. Charles and Anja watched paralyzed as she lay on the bed and took in the view of sky and trees beyond the picture window. She pulled a tiny red flag from the white suitcase and planted it in the middle of the bed.

My name is Justine. This is my house now. Everything in it is mine. Pledge of Allegiance to my crown and flag. Go to the kitchen and make me a meal. Stew me a plate of your feet in a sweet curry sauce. Marinate your tongue in sweet hot honey. Say something funny.

I bind you to me by charm by blood by force of habit. You belong to me now. Your bathwater, the air you breathe. Everything inside of you is mine. I am the Queen of you. Watch me reign.

On death row for killing the only woman he ever loved ...

Shay Youngblood is a Texas-based writer and artist working on a multimedia performance, installation, and book project about architecture and memory started during a residency in Japan inspired by the earthquake. His mom was pissed when she saw us together a second time. She slapped Johnny so hard he wore some of her makeup to school the next day to cover up the bruise. His mom, still a little drunk, had suggested it. Two boys shoved him into his locker and asked if he had a vagina.

Called him Maybelline Boy. They bawked like a chicken when Johnny ran.

His mother grounded him a dozen more times when she saw us together. She seemed halfhearted about it. Blonde was just one of his nicknames for me. Congeniality, Toastmaker—it was something new all the time. He had his other family to worry about now. Twin boys—two more shots to get it right.

A wife with bleached hair, breasts that spilled out of her t-shirt, a hawk nose that men barely noticed. The last time Johnny saw his father was kind of a blur. He was yelling.

No kid of mine would strike out looking. Johnny stumbled from behind the couch after his dad slammed out. His mom stayed crumpled on the living room floor for a long time, sobbing, not saying a word to Johnny. A glass of water. A pillow. A bag of frozen peas for her throat because he heard that could help.